5 Money Mistakes That Can Get Your Mortgage Denied

5 Money Mistakes That Can Get Your Mortgage Denied

You got the pre-approval, found a home, and had your offer accepted. Congratulations! All you need to do now is sit back and wait for closing, right? Well, not exactly. As Lenny Kravitz once crooned, “It ain’t over till it’s over.”

Sure, the odds are reasonably good that nothing major will go wrong. But that doesn’t mean things can’t go wrong. A financial misstep now could change your mortgage terms and interest rate, or even get you denied altogether—even if you’ve got a closing date on the books. To make sure that doesn’t happen to you, avoid these less-than-savvy money moves.

If you’ve been storing up cash reserves, do not—we repeat—do notmove that money out of savings and into stocks while you wait to close.

Why would someone do this? Well, maybe you’d like to make some extra cash off those reserves—besides, the money is just sitting there anyway, right?

Wrong. It’s serving a real purpose: showing your liquidity. Moving money around can wreak havoc on your loan approval.

“You’d think that isn’t a big deal, but we’re counting how much money you have going into closing,” says Casey Fleming, mortgage adviser and author of “The Loan Guide: How to Get the Best Possible Mortgage.”

You’ll need enough cash to cover the down payment, closing costs, and at least three months of mortgage payments. (Yep, that’s right, we said three months.) If the stock deduction dips your assets too low, you could be looking at a denial.

2. Taking a leave of absence from work

Lenders are relying on your being willing and able to work after they approve your loan—after all, it’s the only way to prove you’ll make those monthly payments.

We know stuff happens, and sometimes you have to take a leave of absence. But don’t risk it unless it’s completely necessary—or unless you’re prepared for your mortgage to get delayed or denied.

“Once, two weeks before closing, the borrower went out on medical leave because her back hurt,” Fleming says. “We had to wait for two more paychecks to prove she was back at work.”

3. Applying for new lines of credit

If you apply for a new credit card or request a credit limit increase a few months before closing, it probably won’t hurt you too much. But don’t let the credit inquiries add up.

“Some credit inquiries are OK, but not all of them—and you don’t know which is which,” says Glenn S. Phillips, CEO of Lake Homes Realty. “Worse than the actual hit on your credit score is any pattern of trying to borrow more money from more companies all at once. This suggests you are not wise with your money and just out running up debt you may not be able to repay.”

Rather than trying to figure out how many credit inquiries is too many or how much new credit you can take on without killing your mortgage, do yourself a big favor: Leave the applications alone until you’re through closing.

Buying a new home is exciting, and you’re probably itching for new furniture, new appliances, maybe even a new car in the driveway. We get it—that impulse is difficult to deny. But if you get too carried away and aren’t careful with your financing, you can follow that sweet shopping spree right back to Rentville.

“Because lenders often run credit reports within hours of the scheduled closing, running up new large debt is an awful idea,” Phillips says. “It can change debt ratios, change your interest rate (which may also kill your mortgage approval), and even lead to a lender deciding you have too much debt and (you are) not worth the risk anymore.”

It’s OK to put some small charges on your credit cards. Our experts agree you don’t have to be at a zero balance to get approved. But play it safe and hold off on shopping for big-ticket items until after you have the keys to the house.

5. Taking a new job—even a better-paying one

No lender is going to be over the moon if you get a new job halfway through the home-buying process—it disrupts an already tedious paperwork process.

That said, some moves are more OK than others—like getting a promotion within your company or even making a lateral move to another.

“If you’re going to change jobs, as long as the function is the same, it is generally OK,” Fleming says.

Lenders are less OK with your switching fields. Want to trade in your low-paying journalism job for a lucrative gig as a software engineer? We feel you. But even with a potential pay increase, that kind of switch is seen as too risky to mortgage lenders. You don’t have a proven track record of being able to work (and not get fired) as a software engineer.

“Remember, (lenders) want to feel good that you can repay the loan,” Phillips says. Making “changes—particularly to your primary source of income—isn’t seen as stable as remaining in a job long term.

Even if you do remain in the same industry, you should beware of switching into a role where your income is largely dependent upon bonuses or commissions—even if your annual income will end up being higher than your current position. Lenders can’t see what you haven’t earned yet, and they’ll factor that into your mortgage approval.

Overall, the best thing you can do is lie low until you’ve closed. If you do need to make a change, run it by your lender or broker first. 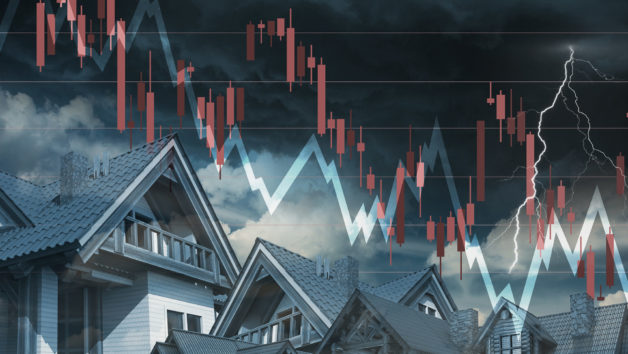