Avoid These Home Improvements Before Selling Your Home

Avoid These Home Improvements Before Selling Your Home 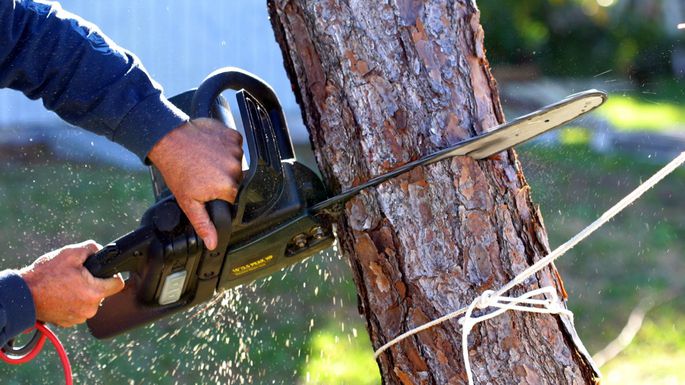 If you've ever gotten ready to sell a home, you know that in order to fetch top dollar, you need to get your place in good shape. But that costs money—hiring contractors, painters, and other pros—so you might be wondering: Why not save some cash by tackling a few of these fix-its myself?

That's fine and good if you know what you're doing. But unless your DIY skills are fairly advanced, experts agree that this is one of the biggest mistakes a home seller can make. If you bungle the job, you might end up making things worse, and shelling out even more money down the road.

"You have to ask yourself: Is it likely to do more harm than good?" says Dan Bawden, chairman of the National Association of Home Builders Remodelers.

To help you separate the tasks you can tackle from those best left to the pros, here are some DIYs to avoid when preparing to sell your home.

If you have rooms that need a fresh coat of paint, go for it, says Bawden. But if you have cracks in the drywall from a shifting foundation or a little depression from years of doorknob slams, it's worth it to hire a pro.

"In my house, I wouldn't do the Sheetrock," says Bawden. "I'd hire someone to fix plaster or drywall. If you don't get the texture just right, when you paint the wall, the repair is going to stick out like a sore thumb."

You don't want your "fix" to look worse than the original problem. Contract out the drywall repair, then DIY the paint job afterward.

"I’ve been in the construction business for years, and I don’t mess with anything inside an HVAC," says Bawden.

The heating and cooling systems in your house are complex, and often connected to both electrical and gas. Making a mistake could mean blowing out the entire system, setting you up for a much more expensive repair in the end.

Furthermore, you'd better believe that potential buyers are going to have their inspector go over the HVAC as thoroughly as possible. Even something relatively simple such as installing a smart thermostat can fry your wiring if done incorrectly. When it comes to your heating and AC, approach with caution. 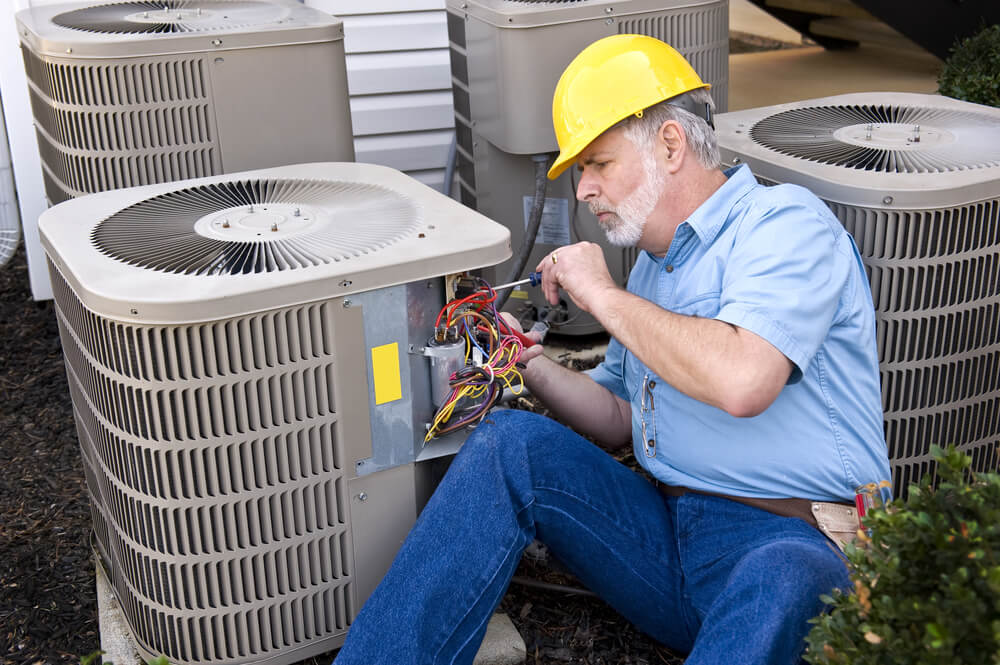 Unlike installing a refrigerator, stove, or washer and dryer (which can often be a simple DIY task), installing a new dishwasher is complicated.

"The complexities involved with setup, such as installing water and drainage lines under the kitchen sink cabinet, are best handled by a professional," says Doyle James, president of Mr. Rooter plumbing.

Doing this job wrong could mean flooding your kitchen, which will ruin your floors and more. And besides, most big-box stores offer installation for a fairly reasonable price if you're buying new units, or a plumber can handle it for $150 to $500.

"Even if it's not a really massive tree, you'd be surprised how hard it is to dig around the roots," says Bawden.

It's also dangerous, especially if you don't have the tools professionals would use to remove the upper part of the tree before taking out the stump. Do you really want to be that person who puts a tree through your own roof because you were too cheap to hire a tree removal professional? (No, you don't.)

Bawden cautions against DIY siding or window replacement, because water can seep into the walls if you don't reseal the layers properly. It might not be noticeable at first. In fact, you may sell the house not even realizing there is a problem, but down the line, mold and water damage will start to appear.

Not only is that bad karma, it could also be what Bawden calls "lawsuit city."

While replacing a light fixture or ceiling fan could be fine to DIY, experts draws the line at any electrical work involving the breaker box. Not only could you hurt yourself, you could also create a fire hazard, especially if your home isn't brand-new.

"You reach the limit pretty quickly," agrees Bawden. "Anything that involves running new wires or repairing faulty wiring should be left to a professional."

Aside from the risk of fire or injury, serious electrical work done by an unlicensed electrician could have code problems, meaning you're likely to get a thumbs-down from the inspector later anyway.

Even if it's just a little fix that the average DIYer could easily do (e.g., hammering down a shingle or two or replacing chimney pipe roof flashing), be cautious.

"It's very easy to get disoriented," says Bawden, especially on a peaked roof. This is why even pro roofers always use a harness in case of falls, so unless you take similar safety measures, steer clear. 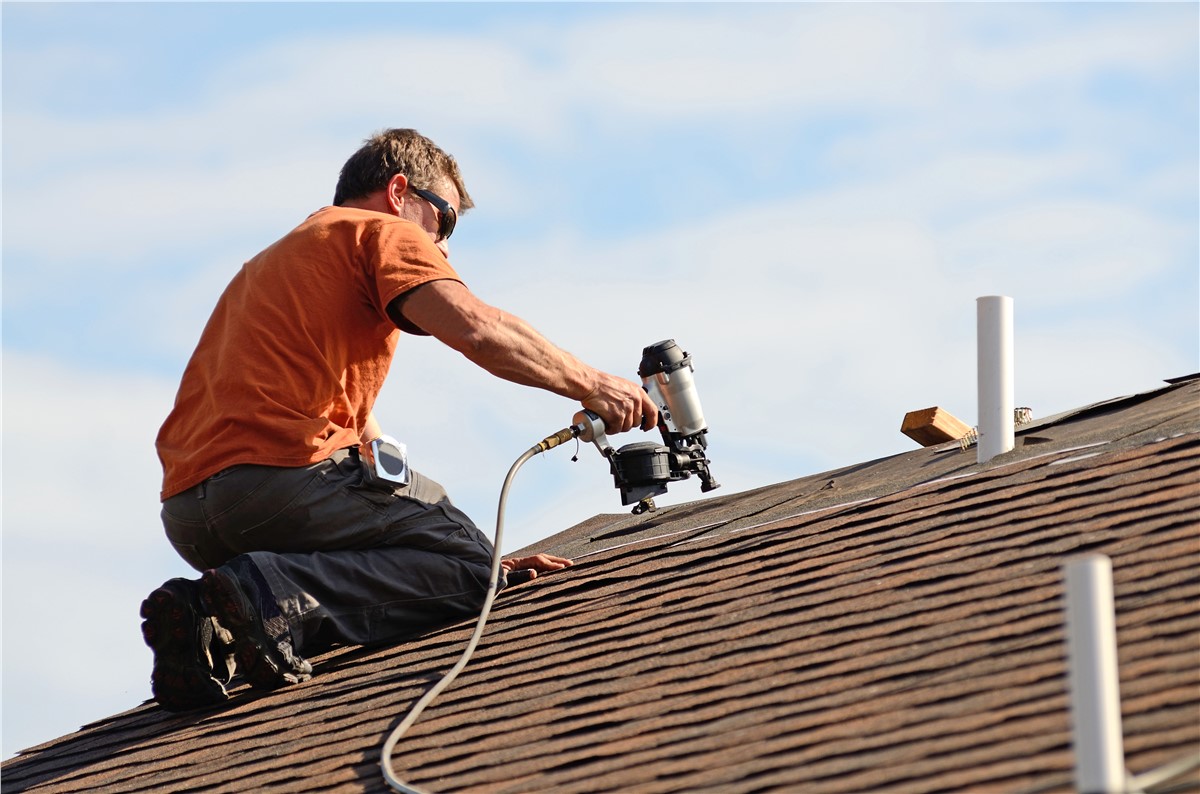 Some plumbing tasks are doable: Fixing a running toilet or snaking a slow drain should be in pretty much anybody's comfort zone. The problem with attempting bigger DIY plumbing tasks, though, is that you often don't quite know what you're getting into. Disassembling leaky or blocked undersink pipes, for example, seems simple enough. But according to James, "Pipes are complex and very tricky to reassemble, particularly when they're in close proximity to other plumbing components and machinery, such as dishwashers or garbage disposals."

He notes that what might appear to be a straightforward problem, like low water pressure or a fractured pipe, could actually be a symptom of a larger issue with your system. Plumbing has a way of getting out of hand—i.e., broken pipes, flooding, and worse.