Calculating Depreciation On A Rental Property

Calculating Depreciation On A Rental Property

If you own a rental property and want to take advantage of the tax breaks at your disposal, one thing you’ll definitely want to know is how to calculate depreciation. This nifty accounting trick allows you to spread out the deductions you can take renting out your property. This, in turn, can save you money come tax time—and since most real estate investors are very big fans of keeping more cash in their pockets, it pays, literally, to know how it’s done.

How depreciation can lower your taxes

When you buy a rental property, you can deduct most of the expenses you incur keeping it up, thus lowering your taxable income. In the eyes of the IRS, most of these expenses—like maintenance, repairs, property taxes, and mortgage insurance—get “used up” immediately. As such, you can deduct only those expenses the year you spent that money, explains Paul Kindzia, a CPA and certified financial planner in Atlanta.

Yet the IRS deems that other expenditures—namely the money you spend buying or improving a rental property—can remain “useful” over several years. So, even though you may have paid for these things in one particular year, the IRS allows you to stretch those expenses (and resulting tax deductions) over several years spanning the item’s “useful life.”

So how many “useful” years are we talking about? That’s determined by the IRS and varies by item. For instance, the IRS deems the “useful life” of the entire residential property to be 27.5 years. Meanwhile, that new water heater you bought for it may have a useful life of only five years.

The savings on your taxes can be significant. Let’s say, for instance, that in 2016 you bought an apartment for $200,000 and built a new bedroom for the unit for $40,000. If you deducted all those expenses in 2016, you’d have a great deduction that year, but then nearly nothing to deduct the next—which means you’d get hit big-time with taxes in 2017. So instead, it makes more sense to stretch out this deduction so you can get more modest—yet longer-lasting—tax breaks in 2016, 2017, and beyond.

How to calculate depreciation

There are several options to calculate depreciation. The most straightforward one typically used for home improvements is the “straight-line method.”

To do it, you deduct the estimated salvage value from the original cost and divide by the useful life of the asset. For example, if a new dishwasher was purchased for $600, had an “estimated useful life” of five years, and would be worth $100 at resale at the end of the five years, then the annual depreciation using the straight-line method would be as follows:

As for the residence itself, the IRS requires you to calculate depreciation over its 27.5 useful years using a different method called the modified accelerated cost recovery system. The math is a bit more complex than we’ll want to dive into here, but to get a ballpark of your expenses you can enter the cost of your property and other variables into a property depreciation calculator at CalculatorSoup. So say you bought a $200,000 rental property in January 2016, you’d be able to deduct roughly $7,000 each year.

One common misconception is thinking of depreciation as a way of accounting for repairs for normal wear and tear—the leaking dishwasher, the ratty carpeting, the sagging deck. But depreciation doesn’t cover repairs, only what you buy or improve—that’s it.

So say your roof was damaged by a windstorm and a few shingles needed to be replaced, or there was a small leak that could be tarred over. That would be considered a “repair” and you would take the full cost of that repair as an “expense” on the tax return. But if the roof was so severely damaged that it needed to be replaced, that would be considered a capital improvement or capital expenditure. As such, the cost of the new roof would be depreciated over the estimated life of the roof, as determined by the IRS depreciation schedules.

Plus, certain things are exempt from this tax perk. While depreciation covers the structure itself and improvements you make to it, it doesn’t include the cost of the land, because land doesn’t lose value as a physical good does.

Real estate depreciation is a complex subject, so as always, with anything involving the IRS and tax rules, be sure to consult a CPA who can guide you toward the best solution for your individual situation. For more information, visit IRS.gov. 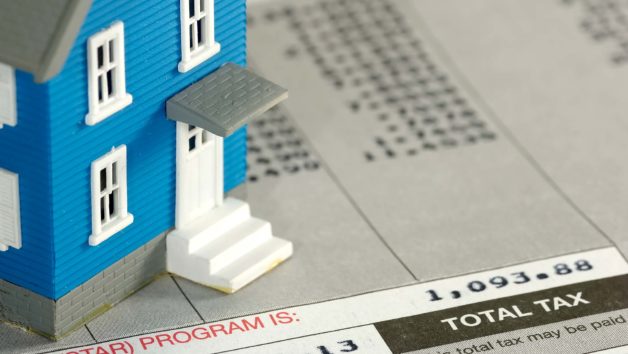