Home Buyers' Regrets and How to Avoid Them

Home Buyers' Regrets and How to Avoid Them

Buying a home has its vastly rewarding moments, of course, but it can also be a long road paved with sinkhole-size regrets. And no one knows this better than homeowners who’ve been through the process of buying a home (or renting an apartment) and, now looking back, have the perspective to see what they did right—and what they did desperately, disastrously wrong.

So if you’re in that oh-so-exciting phase where you’re home shopping, be sure to check out these stories of home buyers’ biggest areas of remorse. And avoid stumbling into the same traps!

Regret No. 1: Putting off house hunting until the last minute

“My biggest mistake was not starting the search for a house sooner,” declares Washington, DC, resident Aimee Agresti. “We didn’t begin until we had really already outgrown our condo.”

Two young sons, ages 4 and 1, were crammed with her and her husband into a one-bedroom, one-bath apartment that had gotten chaotic fast. Yet their “speed house searching” in suburban Maryland was more like a crawl.

“It took so long that at one point, we actually made an offer on a house we didn’t love just because we were so desperate to get out of our place,” she says. “We were definitely not in the best state of mind to be making huge life-changing decisions. Thankfully we managed to get out of that deal and waited a little longer, and the right place finally came along.” But it could have easily gone the other way.

Regret No. 2: Overlooking schools, even if you don’t have kids

Despite a long list of wants for their first home, Kim Maggio and her husband didn’t prioritize finding a property in a top public school system when they moved from Boston to Haverhill, MA in 2006—after all, she had just become pregnant.

“We went into our purchase thinking it was our five-year home,” she explains. Nearly a decade later, they were still there—paying for their two kids to attend pricey private school. “I just had to have country air, a driveway, and a yard,” Maggio says. “Clearly we bought this home to fulfill some emotional needs. But I regret buying for the short term and not thinking about resale value—and the schools.”

Regret No. 3: Caving to a seller’s every demand

Afraid to ruin her chance at landing their dream home in Chelmsford, MA, Michelle Downs agreed to adopt a stray cat that considered the place its home. OK, let’s back up for a moment.

“My husband and I bought our house from an old lady who was selling to live in a senior housing apartment building that prohibited cats,” Downs explains. “The woman said that there was a cat that basically lived outside and would come in the house through a cat door in the basement. She asked us to keep the cat with the house, and I was so desperate to buy the place I said yes, even though I am severely allergic to cats!”

It didn’t take long before Downs’ cat-induced sniffling got the best of her, prompting an awkward conversation with the seller, whose granddaughter finally agreed to take the feline.

Regret No. 4: Buying too big

When Kim King and her husband built their house in New Hampshire as newlyweds, she “thought for sure we would have two or three children.”

To accommodate their future brood, the couple constructed a nearly 6,000-square-foot, five-bedroom home. “But based on the years it took us to get pregnant and the complications during pregnancy, we decided that one child was the right number for us,” she says. “And that left us rolling around this huge house with one small child and a tiny dog. We certainly would not have built that size of home if we had a crystal ball and could have known what the future held.”

Moving to Hopkinton, MA, Liz Meehan wishes she’d looked more closely at her property before she purchased it.

“It is clear now, seven years later, that the seller did a quick, cheap refinish of the kitchen cabinets to sell the house, because he used low-quality laminate cabinet covers that are now peeling!”

She regrets not having the cabinet doors replaced when they bought the house. “It’s $7,000 to resurface them,” says Meehan. “And I would have been able to fold the improvements into our mortgage.”

Regret No. 6: Skimping on the number of bedrooms you actually need

Meehan, who has twin boys, was also hoping for a home with four bedrooms, one of which she could turn into a guest room. But she didn’t stay firm on room No. 4 during their property search, and she regrets it to this day.

“We thought three bedrooms would be fine enough for the four of us,” says the homeowner. “But as the boys get bigger, it’s clear they are going to need their own rooms, so we’ll need to add one if we stay here.” It’s an expense and inconvenience she could have avoided had she stuck to her original plan.

“I really regret not factoring location into the equation more thoroughly,” says Andover, MA, resident Simone Cote. “We got the school district and the proximity to town that we wanted. But coming from a city, where walkability was part of daily life, moving to a house in the suburbs where we couldn’t walk outside safely was a mistake. The isolation we felt really impacts our experience in the community and our ability to be part of the town.” Bummer. 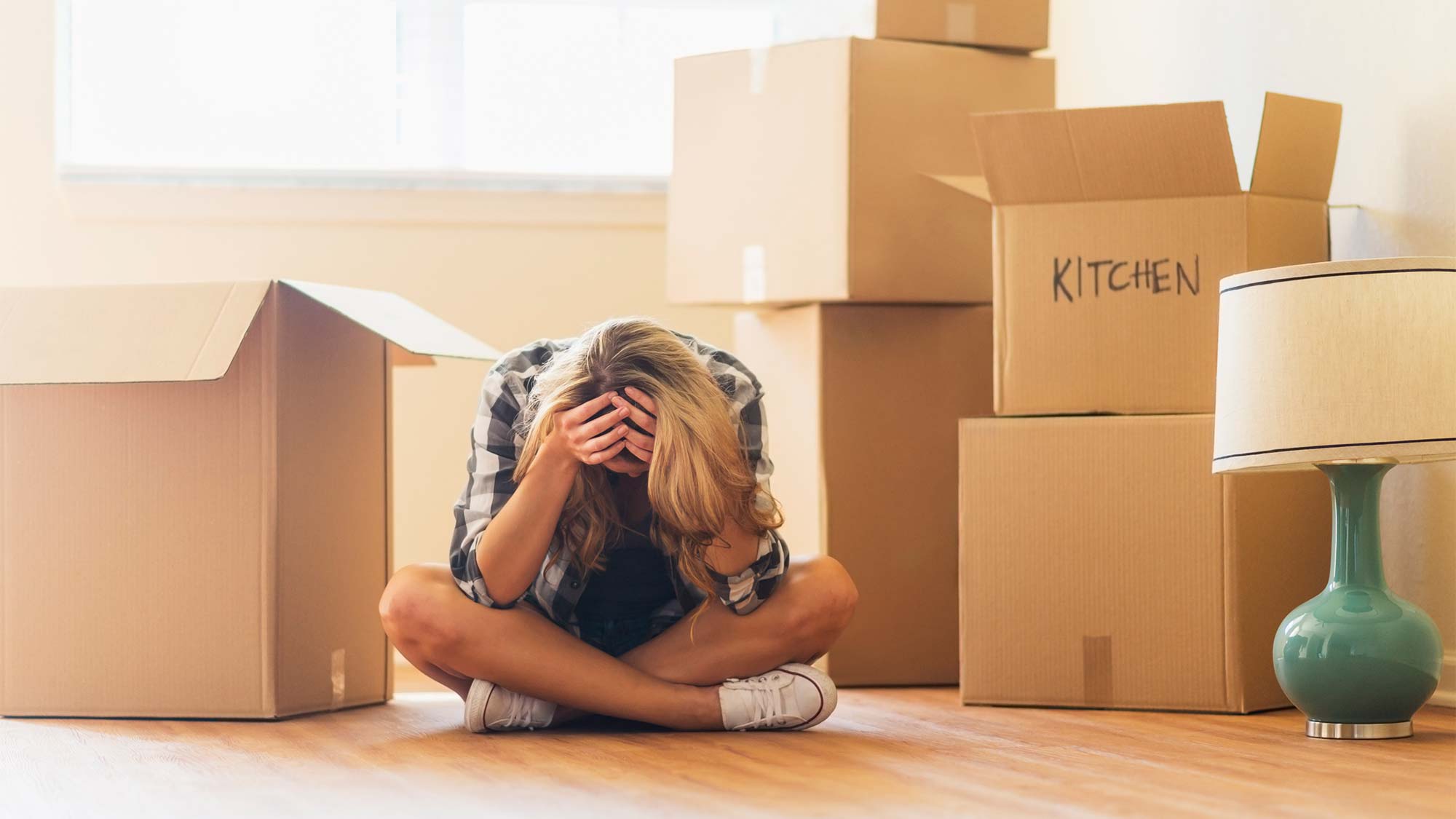