March home prices increased by 13.2 percent from a year ago, the largest gain since 2015.

Home prices have risen for 10 consecutive months and are climbing more rapidly with each month due to inventory shortages, according to the latest S&P/Case-Shiller U.S. National Home Price Index released Tuesday. Those gains are the highest they have been since December 2005. In February, year-over-year growth clocked in at 12 percent.

Only 1.16 million homes were on the market in April, a drop of 20 percent from the previous year. As in past months, Phoenix, San Diego and Seattle saw the greatest increases in home prices — 20, 19.1 and 18.3 percent, respectively — and no major city in the U.S. saw home prices drop.

Encouraged by historically low mortgage rates, people across the country are currently looking to buy a home, driving up competition and leading to rapid home value growth. 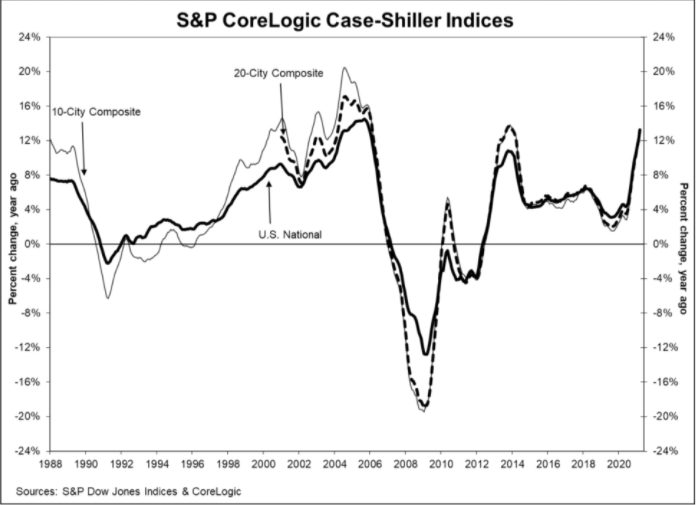 “This demand may represent buyers who accelerated purchases that would have happened anyway over the next several years,” Craig Lazzara, managing director and global head of index investment strategy at S&P DJI, said in a statement. “Alternatively, there may have been a secular change in preferences, leading to a permanent shift in the demand curve for housing.”