Njmonthly.com put together a list of 24 Iconic Ice Cream Shops At The Shore.  While they all sound good, here are the shops from the south-Jersey Shore that made the list!

This retro ice cream stand, opened in 1957, offers four different vehicles for its silky soft serve: cup, cone, sundae or its signature treat, the Freezer. The latter is reminiscent of McDonald’s McFlurry or Dairy Queen’s Blizzard—but vastly better. Choose chocolate, vanilla or the never-fail swirl, and your pick of candy crumbles—such as Heath Bar, Oreo, Snickers or Reese’s Pieces. The ingredients are blended into a frozen milkshake treat, which you can enjoy under the shade of an umbrella at the blue sidewalk tables.—Shelby Vittek 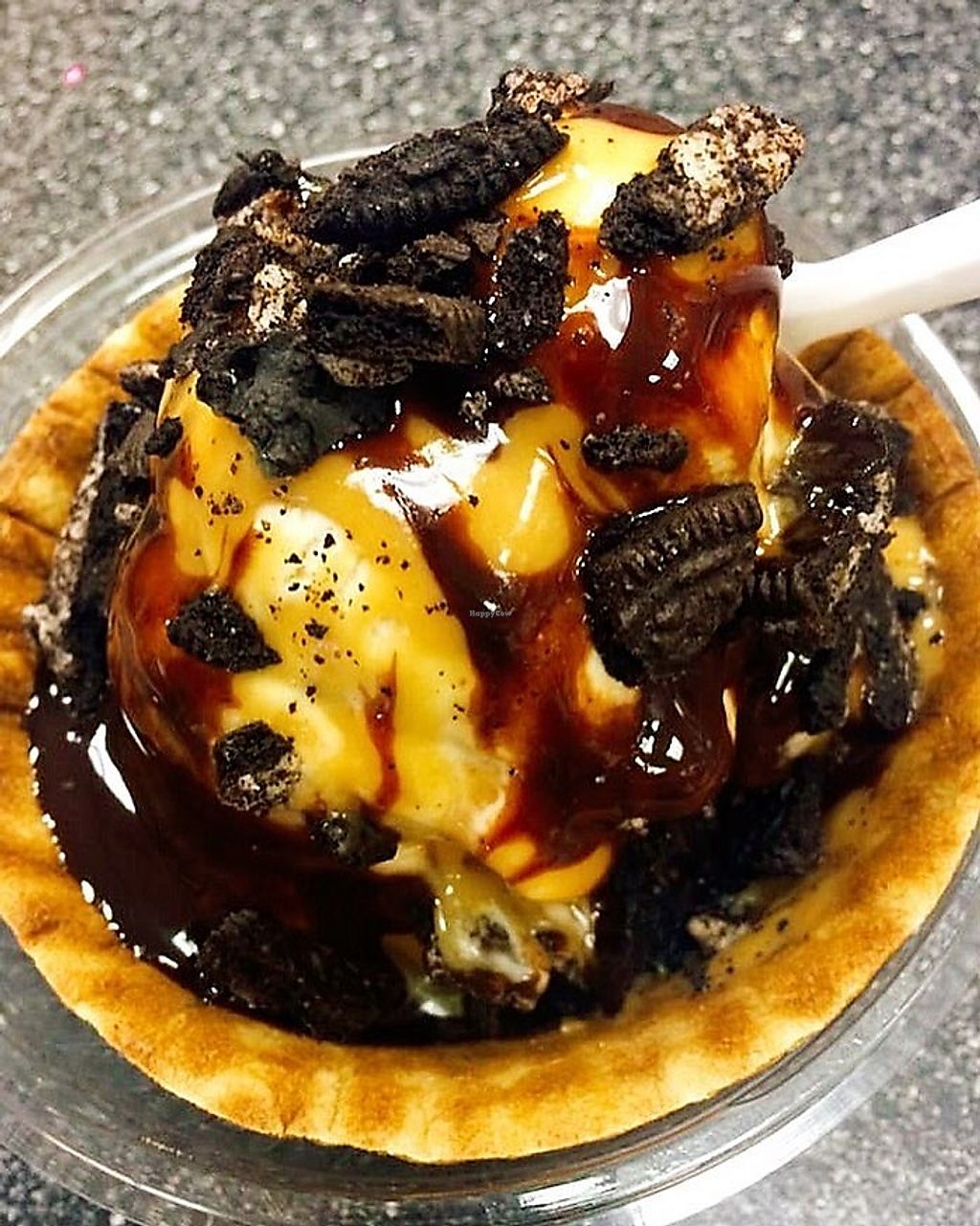 In the aftermath of 9/11, Paul Russo and his wife, Lori, moved from Dutchess County, New York, to North Wildwood. They bought and renovated an old hotel, the Abree, made it their residence and opened Cool Scoops on the ground floor. A rock’n’roll fan, Paul adopted a 1950s theme appropriate to Wildwood’s doo-wop heritage, installing a bright neon sign above the shop and adorning the interior with formica tables, an old-school jukebox, an Elvis statue and other period ephemera. In terms of ice cream, Cool Scoop’s 36 flavors include gluten-free, sugar-free and dairy-free options. Ice cream is sourced from local distributors, and Lori makes the custom-order cakes.—Royal Thomas II

A century and change after his grandfather, Elton, devised the recipe for frozen custard (in 1919), Greg Kohr still swears by it—indeed, indulges in it, “for ‘quality control,’ I tell everybody.” The pasteurized egg yolk in the cream makes it a custard and helps slow the melting, a plus on summer days. As ever, a swirl of the original vanilla custard with tangy orange sherbet remains the best-seller, though vanilla swirl with raspberry sherbet is catching up. Kohr is president of Kohr’s the Original, with six locations spread among four towns: Lavallette, Ortley Beach, Seaside Heights and Seaside Park. Kohr Bros.—the companies split in 1927—has 12 locations further south, between Beach Haven and Cape May.—Eric Levin

Opened in 1987 as a 1950s-style ice cream stand, Marita’s exudes charm and cheer. With more than 50 flavors, some made in-house, plus water ice, soft serve, frozen yogurt, smoothies, ice pops and ice cream sandwiches, there’s a frosty treat for all tastes. Beyond the classics, standout ice cream flavors include blueberries and cream, black raspberry bliss, strawberry cheesecake and a peanut butter-nutella combo. Cash only, but there’s an ATM inside.—Shelby Vittek Eleven years ago, Jerry Klause created an impromptu frozen dessert for his family’s Thanksgiving out of vanilla ice cream, pecan pie filling and shortbread cookies that he called “pecan-pie à la mode lasagna.” While the name didn’t stick, the recipe turned out to be a cornerstone for an ice cream sandwich business. Peace Pie opened in 2015, and Ventnor a year later. Klause today sells 40 variations of Peace Pie sandwiches with different flavors of ice cream; assorted toppings (such as mousse, brownies and pie fillings); and a variety of shortbread cookies.

His best-seller is the salted-caramel brownie with vanilla ice cream, chunks of salted caramel, squares of fudge brownie and chocolate cookies. Another favorite: the Key lime pie with vanilla ice cream, Key lime pie filling and cinnamon shortbread cookies. The fist-size treats sell for $6 apiece. They are premade, served frozen, and tastiest when you let them soften a bit before eating.—Lynn Martenstein 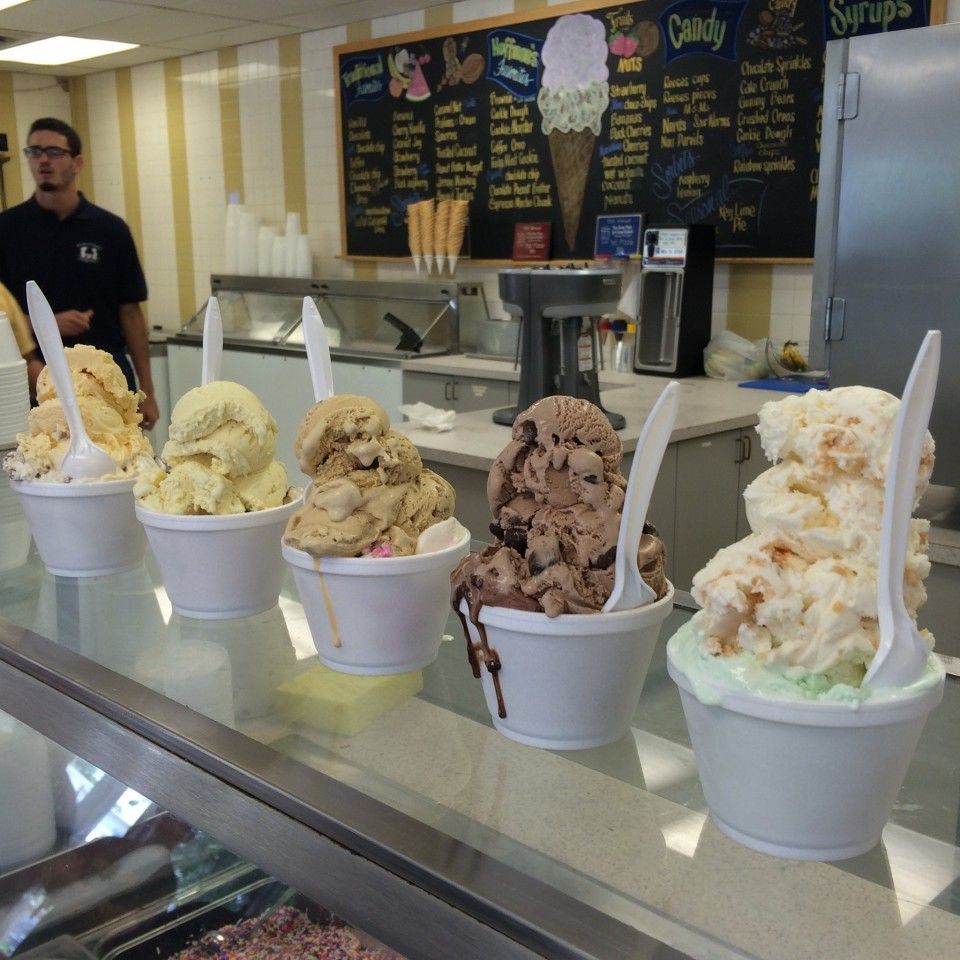 This old-fashioned ice cream parlor, which owner Mary Humphrey says has been open “since the days of Prohibition,” is a local institution. The list of beachgoers who have lined up outside this downtown spot includes a young Taylor Swift, who vacationed in the Shore town as a kid. Springer’s makes all of the ice creams in house, upwards of 50 flavors. There are seasonal favorites like peach and blueberry made from Jersey fruit, more decadent flavors, such as rum raisin, butter pecan, milk and cookies and the Blue One—a blue cookie dough ice cream with chunks of Oreos.—Shelby Vittek

Move over, vanilla and chocolate. The hottest ice cream at Uncle Charley’s is salted caramel pretzel. Not your thing? Try any one of the 48 flavors at this gourmet ice cream shop, a fixture on Washington Street mall since 1978. Despite being partial to plain old strawberry ice cream, store owner Martin Zarzycki sells multiple flavors of hard ice cream, water ice, soft-serve and options such as sugar-and dairy-free. To ensure top quality, he started making his own ice cream and ices on-site several years ago. He also got inventive with ingredients such as kettle corn. His quality control and creativity have attracted a large, loyal following. To meet demand, staffers make eight buckets of each of 20 flavors of ice cream daily. Servings are generous and come in small, medium and large sizes.—Lynn Martenstein 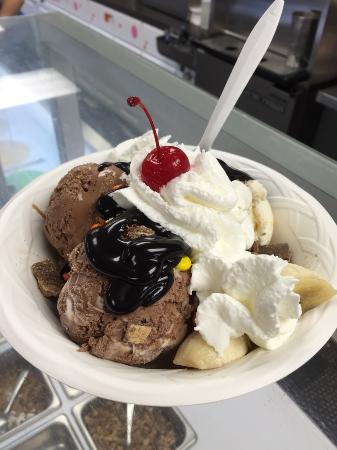 There’s always a line out the door, but Yum Yums’ fresh waffles alone are worth the wait. Choose one of the more than 40 flavors—such as chocolate chip cookie dough, banana, Maine blueberry or classic chocolate and vanilla—wedged between two Belgian waffles in an ice cream sandwich, or sample three different scoops atop a warm waffle in a sundae. For the dairy-free, Yum Yums offers watermelon and blueberry water ice, sorbet and ice creams made with almond milk. Grab your frozen concoction, and enjoy it on a nearby bench along the oceanside Promenade.—Shelby Vittek