The procession features marching bands, floats, a grand marshal and a brigade of more than 500 basset hounds. The traditional finale at the end of the parade route at the Ocean City Music Pier includes a “Pie-asco,” in which everybody is invited to smoosh their friends with shaving-cream pies.

The parade route starts at Sixth Street and travels downtown Asbury Avenue to 12th Street, then turns to the Boardwalk at 12th Street and finishes at the Ocean City Music Pier (Boardwalk between Eighth and Ninth streets).

TV icon Regis Philbin will be grand marshal for this year's parade. Later on the same night, Philbin will host the annual Mr. Mature America Pageant at the Ocean City Music Pier. 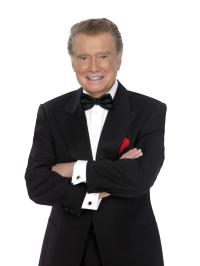 Parade organizers invite everybody to participate:

WHO MAY ENTER?   You and your semi-crazed associates.

IS THERE A FEE? Are you kidding? I mean would you pay to be in this parade? Really? How much?

NOW WHAT TO DO? Complete the entry form.