Getting a mortgage for a home is not for the faint of heart. There is so much money at stake—and so many scary terms to learn, from “ARMs” to “points” (discount or basis) and more! But if there is anything forgiving about the whole process, it’s encapsulated in one term you’ll definitely want to learn: “float-down.” So what is a float-down?

Consider a float-down your get-out-of-jail-free card when shopping for a great home loan.

One of the easiest-to-spot signs that you’ve landed a stellar loan, of course, is a low interest rate. The tricky part is that interest rates fluctuate daily. Most lenders allow you to lock in your rate early in the process, and that’s a godsend if you’re worried about sudden spikes. But what if rates dip instead? Does your lock mean you’ve just lost out?

Not if you’ve locked in with the added option of a float-down.

“A float-down lets you lock in your interest rate, but if the rate falls during the underwriting process, the lender will loan at the lower rate,” says Mark Livingstone, president of Cornerstone First Financial, a mortgage lender in Washington, DC. “But if rates rise, you’ll still get the earlier locked rate.”

In other words, a lock with a float-down offers the best of both worlds: peace of mind if rates rise, and a safety net if rates fall. You’re covered either way!

It’s important not to confuse a float-down with a buy-down. The latter is when you pay significant upfront points (aka fees in the thousands) to lock in a lower interest rate. Buy-downs are great if you have a lot of cash lying around, but that’s rarely the case for someone borrowing money to buy a house. And while buy-downs are major money savers, they definitely don’t offer wiggle room. You buy down, lock down, period.

For a float-down, on the other hand, you pay a relative pittance (typically several hundred dollars) to keep your options open to take advantage of lower rates in case they dip. The longer your float, the higher the cost, but we’re still talking about hundreds of dollars rather than thousands. So it’s definitely the budget-friendly option of the bunch.

So why do lenders offer borrowers float-downs, anyway? Naturally, they want to keep your business, and if you’re a well-qualified client who could go elsewhere for a loan, they are particularly open to allowing this small leeway if it means you’ll stick around.

Should you get a float-down?

Still, just because a float-down is cheap doesn’t mean you should automatically opt in. Since they’re not free, float-downs are smart only in certain circumstances, like when rates are on the downturn or vacillating wildly.

However, if rates have bottomed out and/or are on the rise—as they are right now—locking in may be enough, and a float-down may be an unnecessary expense.

Plus, even if you do pass on a float-down, if interest rates do dip and you’re kicking yourself for getting one, all is not lost. You can always refinance your loan, say, six months later. Sure, refinancing costs money and is a pain, but it’s worth it if you want to save money for the long term.

“A half-point or more drop will cover the upfront cost of a refinance,” points out Dublin, CA, mortgage broker Joe Parsons.

So while a float-down may not be worth it in all lending environments, it’s still nice to know it exists just in case. 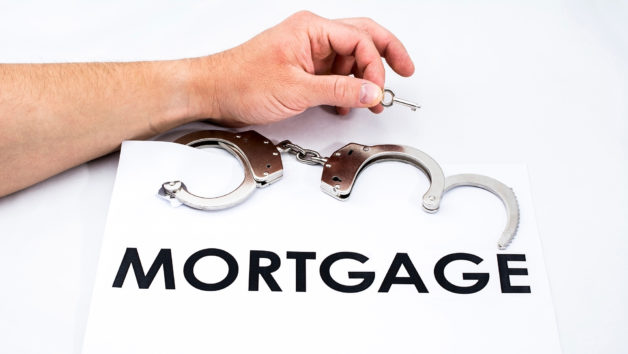 We hope you found this information helpful. Please contact The DiPeso Group for all your Jersey Shore real estate needs!